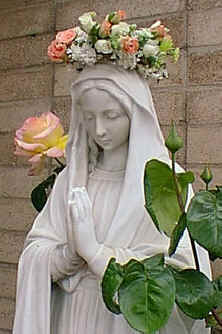 Traditionally, Catholics have honored the Virgin Mary by placing a crown on her image during the month of May (a month dedicated to Mary).  The tradition in the United States and many other countries has been for school children to have a "May Crowning" ceremony with a processional, pretty dresses, and a wreath of fresh flowers one child gets to place on the statue.  The RE Program celebrates its Marian Crowning ceremony during the month of October--primarily because classes are not in session during the month of May but also because October is the Month of the Rosary. The rosary takes its name from a popular title for Mary--"Mystical Rose." As the Order of Crowning states: The queen symbol was attributed to Mary because she is a perfect follower of Christ. The maid of Nazareth consented to God's plan; she journeyed on the pilgrimage of faith; she listened to God's word and kept it in her heart; she remained steadfastly in close union with her Son, all the way to the foot of the cross; she persevered in prayer with the Church.  Thus, in an eminent way, she won the "crown of righteousness," the "crown of life," the "crown of glory," that is promised to those who follow Christ.  Below are photos from the 2022 Family Faith Night Marian Crowning & Luminary Rosary on October 12 when families gathered together for fellowship and pizza before they celebrated the Marian Crowning & Rosary with the students in Grades K-8. 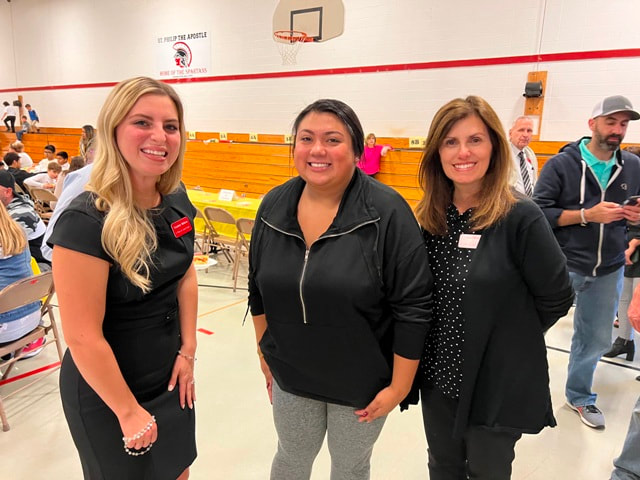 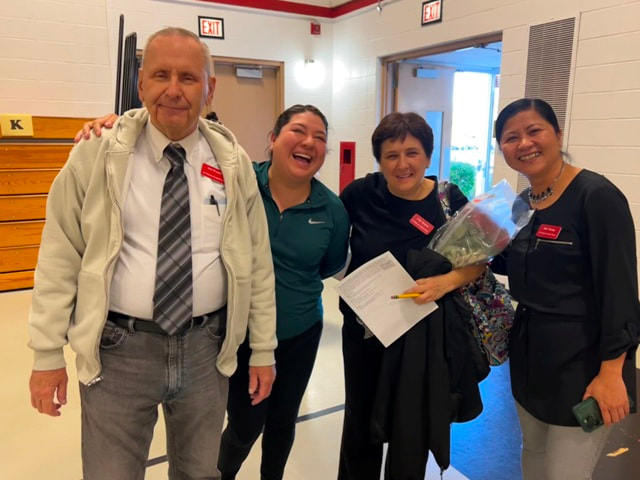 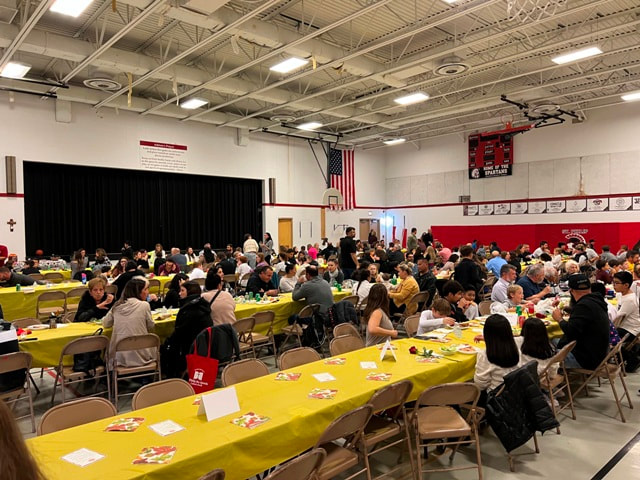 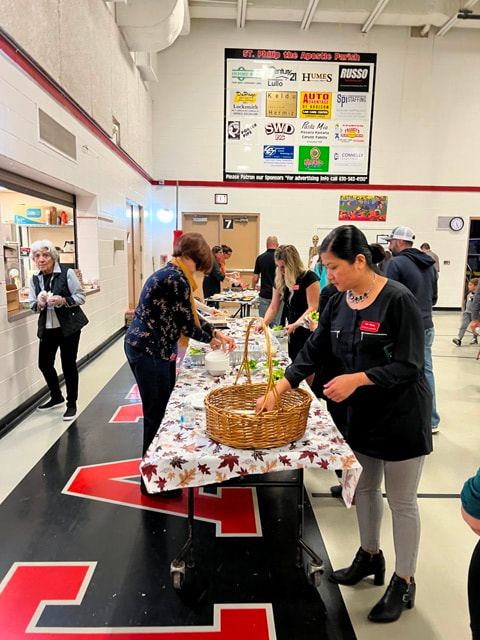 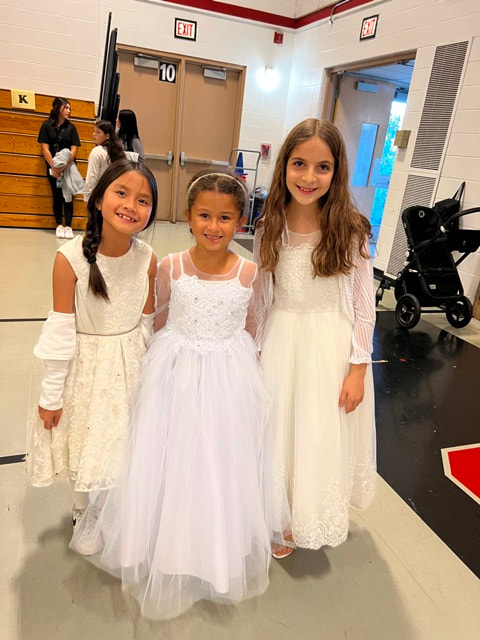 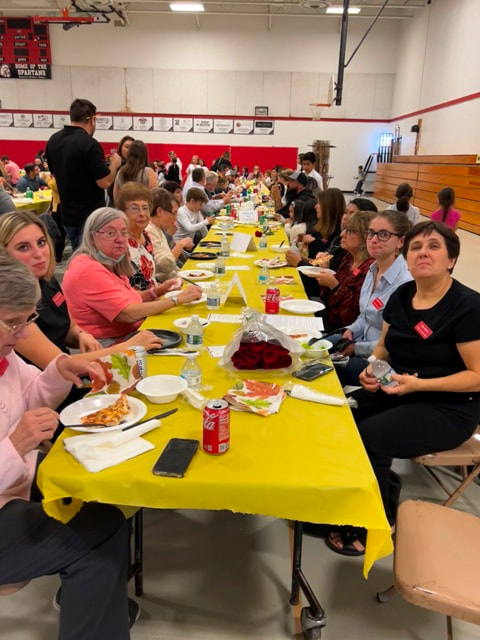 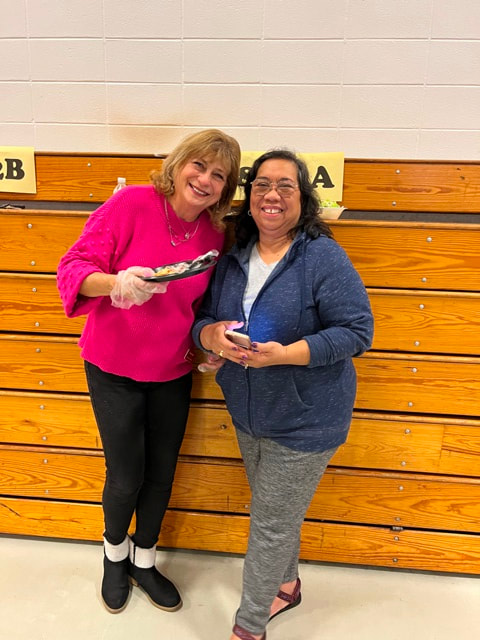 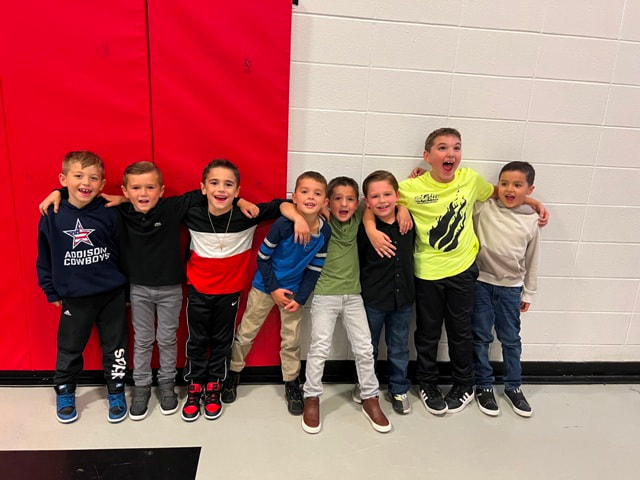 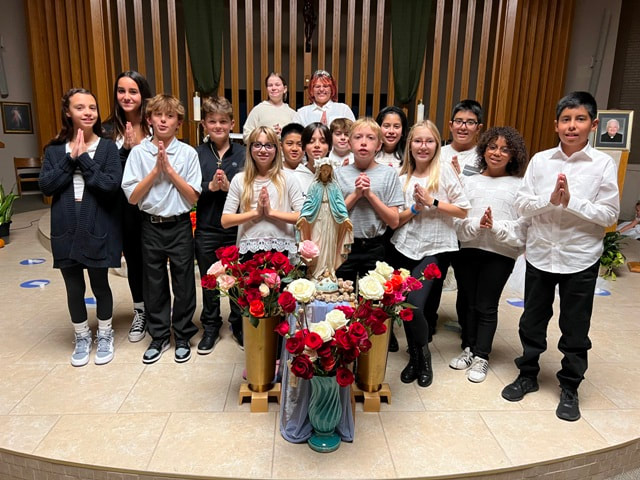 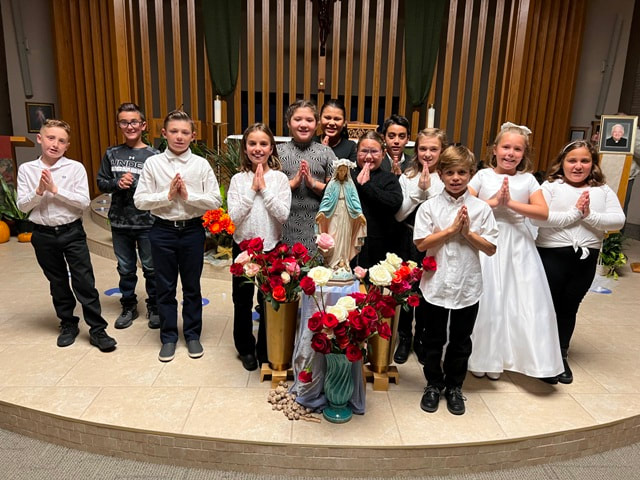 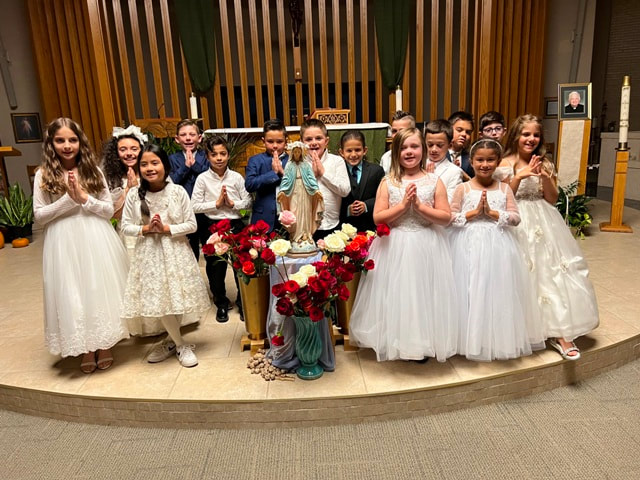 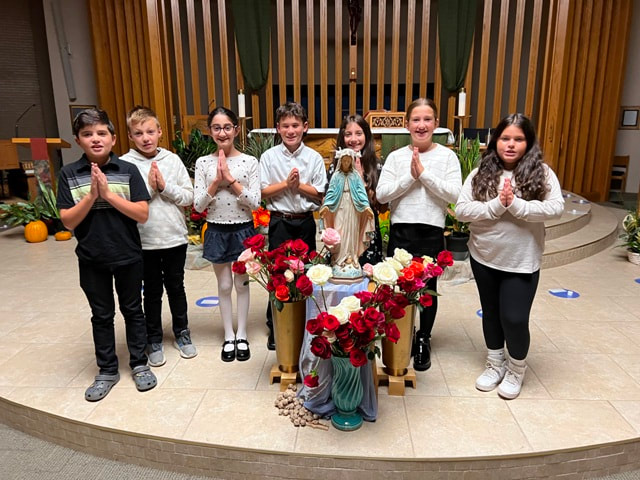 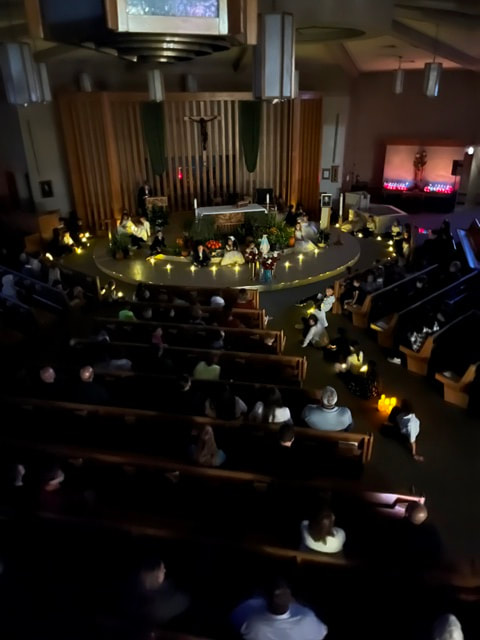 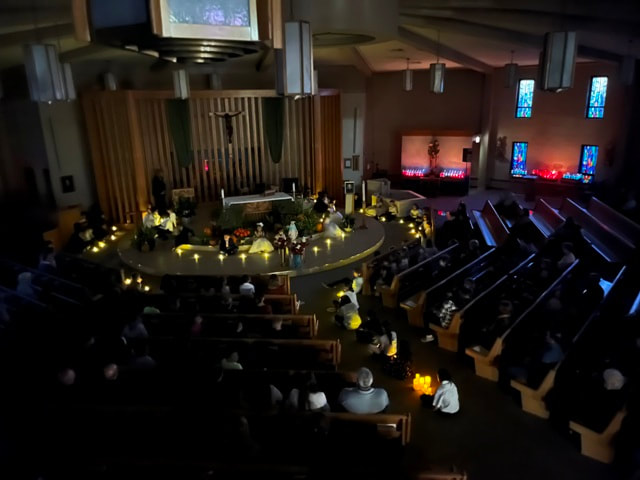